Pausing for Farmland in Montgomery County?

Council rejects task force, but sends solar proposal back to committee; vote by end of this year could allow solar in the Agricultural Reserve 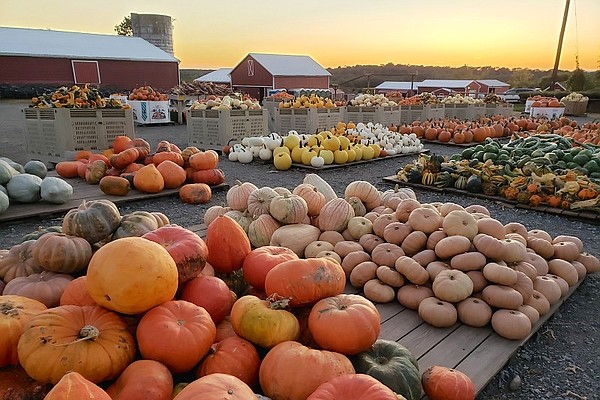 Advocates on two sides of important long-term environmental goals: solar power for sustainable clean energy, and the preservation of farmland for food, have three council work sessions to get in sync. Or at least closer.

The Agricultural Reserve was preserved by past councils, intended to be kept as farmland in perpetuity. Especially, say farmers and advocates, when parking lots, rooftops, and other parts of the county have not yet shouldered their share of solar.

Riemer was pressing for his zoning text amendment during joint work sessions earlier this year to permit the industrial solar power in the Reserve. Andrew Friedson, the dissenting voice at joint committee meetings, said he was uncomfortable with the rushed process that would open up “sacred land” for an use otherwise not permitted.

“I’ve been very frustrated with the way in which it was handled. I didn’t vote for the bill in its current form because I’m not comfortable with where it has ended up,” said Friedson, Potomac’s councilmember.

“I worked very hard to put forward what I thought were reasonable and thoughtful amendments that balanced these two critical important issues I feel very strongly about: the need to meet our ambitious climate goals particularly related to solar generation which can not be done exclusively on rooftops of houses and schools and county buildings ... and the commitments that we’ve made and the decisions we’ve made to protect the Agricultural Preserve,” said Friedson. “I think there were certain perspectives that have been diminished in this process and there are other perspectives that have been overblown.”

Katz said that solar companies were looking to build in the Agricultural Reserve because it would be cheaper. “Because you can’t build on it, the land is cheaper, and that’s exactly where people in the solar industry would go first, and that’s a concern for me.”

Craig Rice, co-sponsor of the zoning text amendment, agreed that the county won’t be able to meet clean energy goals solely placing solar on rooftops and parking lots. But “we also need to make sure that we are balancing our goals so when we look at our Ag Reserve and farming, really making sure that land that we set aside is productive.”

THE COUNCIL SENT the discussion back to the committees for worksession, declining to establish a task force.

Gabe Albornoz (at-large) said 16 different “incredibly well organized groups with really amazing information” have come to meet with him and other members of the Council on this issue. “I have so appreciated the information, and it is something our staff has dug into the last few weeks when this has come out of committee, and I don’t disagree that we need some more time to be able to fully process and digest all this information.”

But Albornoz was concerned about the time a Task Force would take up.

“I’m not comfortable with six months, I think that’s too long,” Albornoz said. “I’m not confident that there will be much more in ways of compromise. I believe basically the lines have been drawn.”

“If what we want to do is take some more time and hear from some more voices and consider more ideas, I think that is fine. But the point is, we do need to move this to a vote, I think we should vote before the end of this calendar year,” said Riemer.

“I know this process might have started out rocky, but I think we’re almost there,” said Evan Glass (at-large).

“My recommendation is not to create a special task force or committee, it’s quite frankly to send it back to the joint committee and be more inclusive to who we bring to that committee.”

THE SOLAR INDUSTRY has been heard, Katz said.

“If we go forward with the ZTA the way it is today, the cheapest land, the most inexpensive land involved where solar could be would be the Ag Reserve. Let’s face facts, if someone can get the cheapest land, the industry is going to go there first. They are not going to go to the parking lots of a commercial building and lease there, they are not going to try to negotiate shopping centers or whatever, because it’s twice as much,” said Katz.

“I was one of the four votes at the committee and I made my points clear there that I was voting for it but I looked forward to additional conversation and changes at full council, said Will Jawando (at-large).

“I think it’s always good to hear from more people through the legislative process, which we’re in,” said Jawando. “More input is always better.”

COUNCILMEMBER NAVARRO SHARED a personal anecdote of her father who died in 2015. He was a petroleum engineer in Venezuela, who decided later in life that he wanted to buy a plot of land in the Andes region of Venezuela where he could grow food and be self-sufficient and sustainable. “There was a larger issue he was thinking about, which pertains to food security,” said Nancy Navarro (D-4).

She remembers putting on a mask and gloves, buying groceries for the family early in the pandemic with unstocked shelves, and thinking how lucky Montgomery County is to have the Agricultural Reserve as a resource.

“I had this real awareness of what a treasure it is for us and how tangible the use of that land can be for Montgomery County residents and really the region,” she said.

Because of the pandemic and food insecurity, “there’s been this renewed appreciation for preserving this incredible treasure.”