Once and Future White’s Ferry?

Operating since 1786, the ferry could begin running again soon. 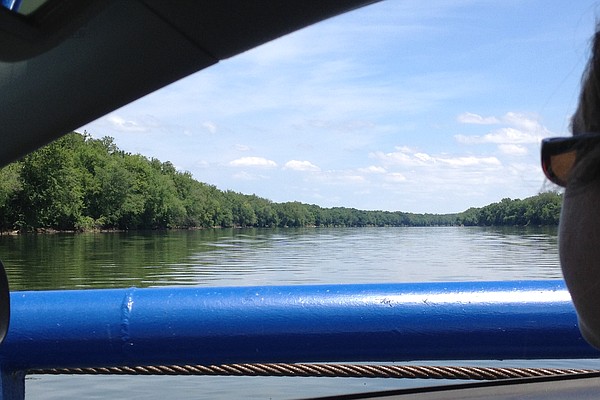 White’s Ferry has operated since 1786, recently as an $8 cable ferry service that carried vehicles across the Potomac River from Poolesville to Loudoun County. But a few days before the New Year, White’s Ferry announced that it would cease operations because of land disputes with Loudoun’s Rockland Farm (not Rocklands Farm Winery in Montgomery County).

Last week, Chuck Kuhn, founder and CEO of JK Moving Services, and his wife Stacy Kuhn, reached an agreement to buy the ferry service and associated land and goods.

“White’s Ferry represents a piece of our region’s past as an early commerce route that built and sustained local economies and remains so today. This fits with my family’s interest in conserving land and history as well as supporting business and the local communities. White’s Ferry has provided an important and scenic transportation alternative to the swelling demands on our local roads,” said Kuhn. “We look forward to working with nearby landowners and local jurisdictions to make this viable for the region.”

THE LAST OF the 100 ferries that operated on the Potomac River, White’s Ferry connects Whites Ferry Road in Montgomery County by a road by the same name in Loudoun County. The ferry took 600-860 vehicles across the Potomac River each day through last year, according to the Loudoun County Department of Transportation.

Kuhn said he will work with Peter Brown, the majority owner of Rockland Farm, in an effort to get the ferry reopened.

Kuhn finalized the purchase terms on Feb. 11, 2021, which includes the ferry, the store and the Maryland shoreline that supports the ferry operation.

Shore disputes between Maryland and Virginia date back to colonial times. In 2003, the Supreme Court of the United States settled a dispute between the Commonwealth of Virginia and the State of Maryland regarding Virginia's rights to draw water from the Potomac River, Virginia v. Maryland. The court ruled in favor of Virginia, citing the Maryland–Virginia Compact of 1785, an agreement between the two states concerning navigational and riparian water rights along the Potomac River.

Needed repairs to the ferry and property are being done immediately and Kuhn hopes to replace ferry cables damaged by December storms as soon as he can agree to terms with Rockland Farm on the Virginia side.

“The previous owners of White’s Ferry have done a remarkable job serving the community,” Chuck Kuhn said. “They have sold the ferry with the hopes that we would have a better chance of opening the ferry than he did. We look forward to bringing a fresh perspective to the ferry, enhancing the experience for riders and making a number of upgrades to the store.”

The Kuhns will begin working with the Coast Guard, Loudoun County, Montgomery County and the owner of Rockland Farm to open the ferry.