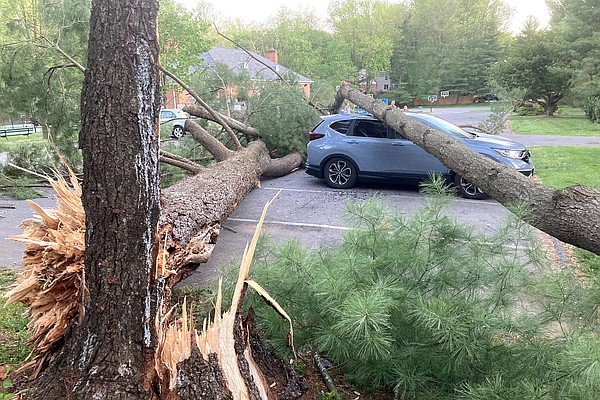 A large tree that fell on a house at Newington and Marengo roads in Bethesda and a “less than hot” tin roof that blew off a house on Golden Ash Way in Kentlands.

Crews from Montgomery County Fire and Rescue respond to more than 100 calls for service, mostly weather related, that included a couple of brush fires, a few collisions and some medical calls.