It’s been 21 years since Fairfax County police discovered the remains of a female near a drainage ditch in McLean. But actually, nearly a half-century has passed since former Fairfax City resident Patricia Agnes Gildawie vanished at age 17.

During all that time, no one was able to identify the bones found in the ditch – or connect them to the missing teen. But now, thanks to modern DNA technology, county Cold Case detectives have identified the remains as those of Gildawie, who was also known as “Choubi.”

“Identifying this young woman solves a mystery that has been more than 47 years in the making,” said police Major Ed O’Carroll, bureau commander of Major Crimes and Cyber and Forensics. “Our community should take comfort in knowing that our detectives never stop working these cases.”

According to police, Gildawie’s skeleton was found Sept. 27, 2001, in the 5100 block of Lincoln Circle. They were alerted after a construction crew discovered it, plus some clothing, behind an apartment complex there.

Both the Office of the Chief Medical Examiner and an anthropologist examined the skeletal remains. Police say their initial findings determined the young woman died from a gunshot wound to the head, and they’ve ruled her death a homicide.

That autopsy report also indicated that the remains were like those of an African American female in her late teens to early 20s. But earlier this year, Cold Case detectives connected with Othram Inc. – which does advanced DNA testing and forensic-grade, genome sequencing – and learned otherwise.

Again, with Othram’s help, detectives were able to track down a possible relative of the mystery woman. The resulting DNA testing then identified the relative as a half-sister, which led to the ultimate identification of Gildawie. The half-sister also shared Gildawie’s story with the police.

Detectives learned Gildawie was born in France in February 1958, coming to the United States when she was 8 months old. In the early 1970s, she moved to the City of Fairfax and would often drive a white, Cadillac Eldorado with red interior. Gildawie was last seen Feb. 8, 1975. Prior to her disappearance at age 17, she was dating an older man in his 30s who owned that vehicle. Police say he worked at an upholstery store near the intersection of Church Street and Lawyers Road in Vienna.

Now that Gildawie’s identity has come to light, detectives are continuing to investigate her case with new information provided by the family. They’d like to know more about the man she was dating, as well as the circumstances of her death.

Anyone with information about this case is asked to submit tips via Fairfax County Crime Solvers. Tips may be submitted anonymously by calling 1-866-411-TIPS (866-411-8477).

Funding for the DNA testing and identification process of Gildawie was provided entirely by anonymous donors through the database DNASolves. Said O’Carroll: “Advancements in technology have given my Cold Case detectives an opportunity to pursue fresh leads and bring some relief to families that have been long suffering with the unknown.” 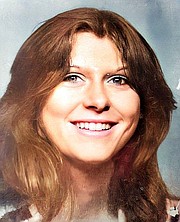